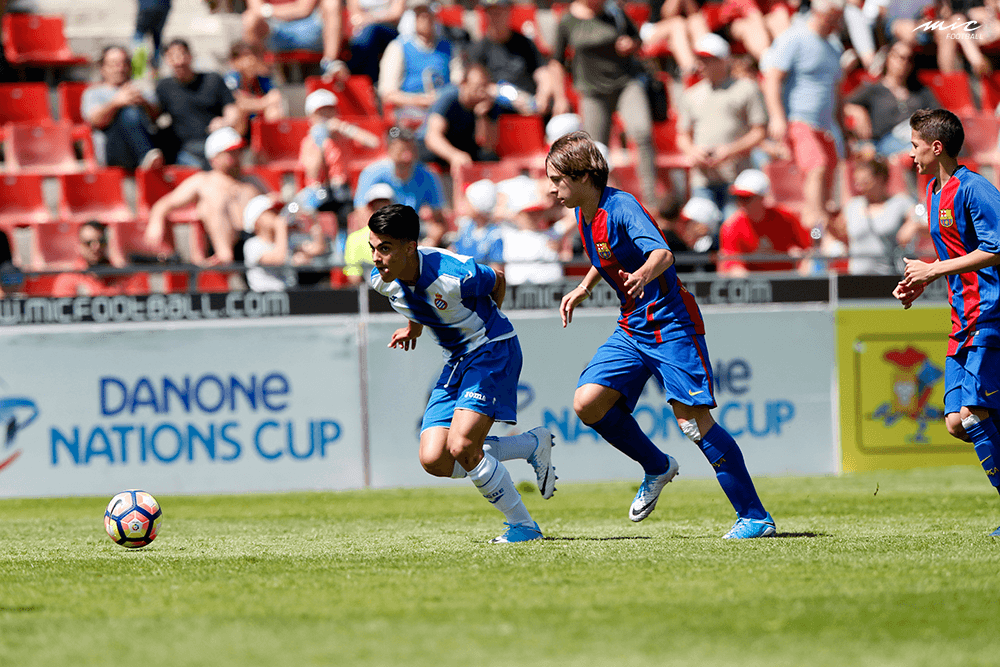 A Spain full of MICPlayers plays the Euro U17

This last weekend begun in England the UEFA Euro U17 championship. 16 teams will fight to reach the continental tittle in the final that will take place in Roterham on the 20th of May.

The Spanish national team, the tittle holder, is one of the main favourites for lifting the trophy again. “La Rojita” has top quality players whom will jump to the professional football soon. MICFootball is a benchmark in the youth football world, that’s why many of the players that are in this Euro, have played in the Costa Brava before.

A total of 10 players of the Spanish team have been in our tournament. Arnau Tenas, Nils Mortimer and Eric García came with FC Barcelona, Joan García and Alejandro Pérez played with RCD Espanyol, Ismael Armenteros with Real Madrid, Sergio Camello with Atlético de Madrid and Alejandro Baena with Villarreal. Special mention to two players that not just played the tournament, but were considered the MVP of their class. In 2017, Arnau Puigmal was awarded while playing for RCD Espanyol before joining his current club, Manchester United. And this year’s MVP in A class, Adrià Bernabé is also in Santi Denia’s squad.

Even the coach has his own history at MICFootball. While he was watching players in order to pick the bests for the team, he was at our tournament observing different players. He talked to us about our tournament and his work.

Good luck to all!