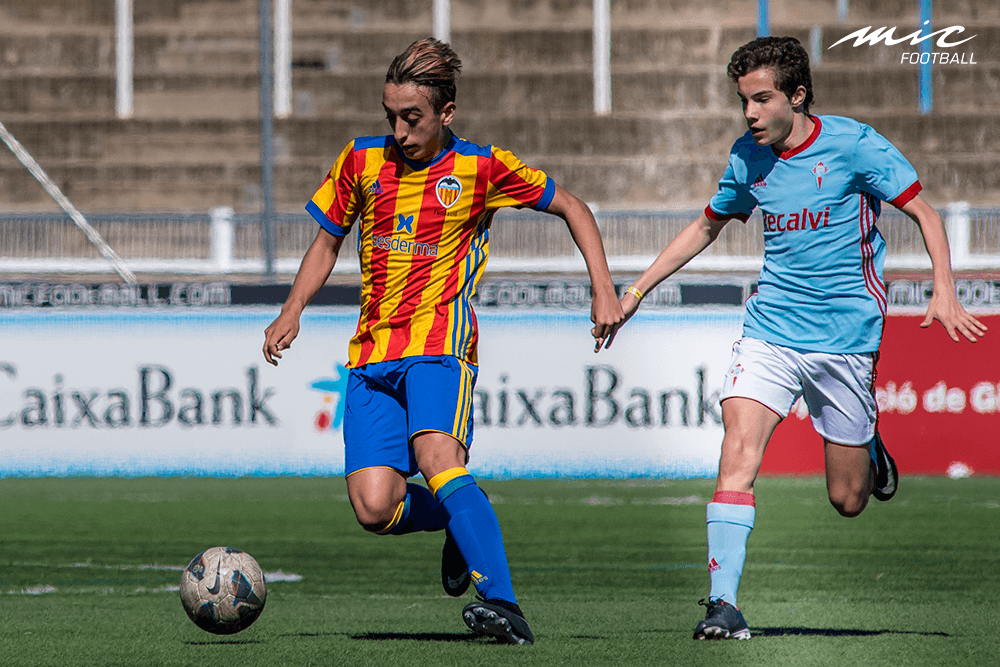 Valencia and Celta, more LaLiga talent for the MICFootball

The round of confirmations keeps going. There’s a lot of TOP teams already announced for the Costa Brava’s youth football tournament. This week is Celta de Vigo and Valencia’s turn. Valencians and Galician are old friends of MICFootball. Both teams faced each others in last year’s final of the newly created B2 (U15) class. Celta finally won, lifting their first trophy in just two participations at our tournament.

Celta’s bet on their Academy is been very important the last years. As an example, in the last Spanish national team squad there were 4 players raised in A Madrao (Celta’s training centre): Iago Aspas, Jonny Otto, Rodrigo Machado and the rookie Brais Méndez, one of this season’s sensations. They count 8 academy players in their first team and for the next years hopefully this number will be increased. There will be many MICPlayers reaching success at Balaídos in no time!

Valencia is also a club permanently looking into their youth system. Marcelino has 4 players whom came out of Paterna: Gayà, Lato, Ferran Torres and Carlos Soler and other prospects are having their opportunities, like the corean Kangin Lee. The “Ché” club is one with more participations in MICFootball through the years, but haven’t win yet. Will they this year?

MICFootball’19 9 classes are getting filled step by step. There are still places available, but don’t wait too long if you want to enjoy in a tournament full of great teams. Don’t miss this chance and sign up!